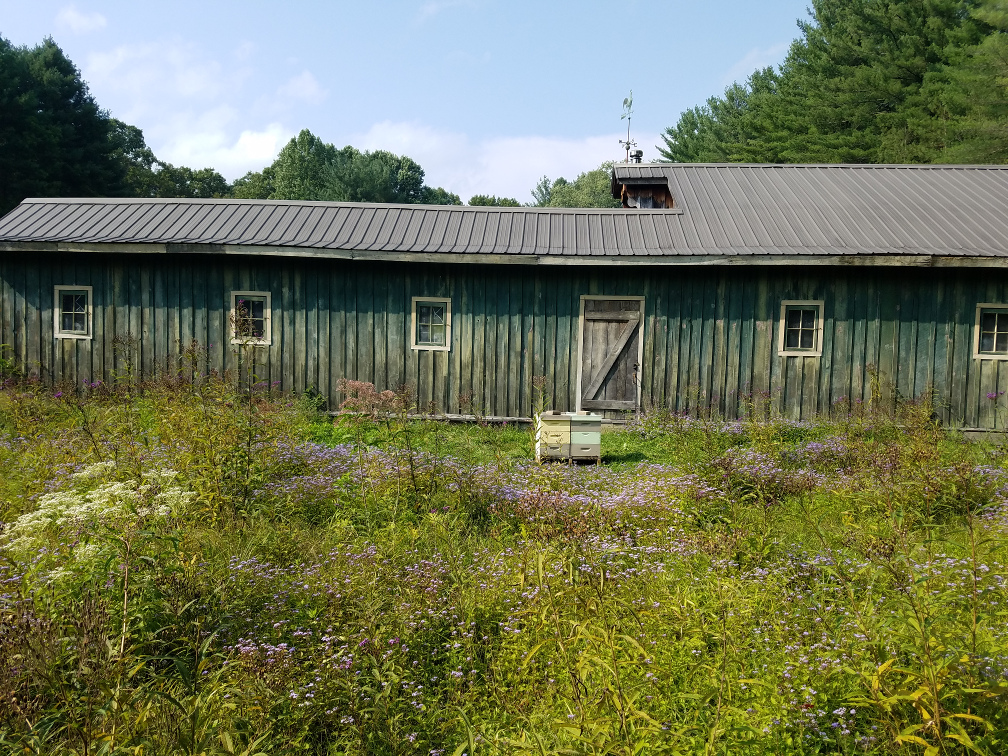 Here we are in late August.  Change is in the air.  It’s still hot and sunny, but the bees know something’s coming.  They’ve shifted into winter prep.  The queen is focused on building up a population of bees to help her through the winter ahead, while the workers are feverishly gathering anything they can to fill every available space.  While winter doesn’t seem that close just yet consider it from the bee’s perspective.  12 bees spend their short lifetime collecting nectar, all to produce just 1 teaspoon of honey.  To survive a winter in Indiana, the bees need a lot more than that, in the range of 100 pounds or so!  The bees have built up well this year, but haven’t packed away quite as much as they’ll need to get by, so I’ll be watching this closely in the coming weeks.  All the hives are into their winter setup of 3 boxes.  They’ll be organizing things for the cold days ahead.

At the farm, the hives are just peaking out over the hay field, ready for a second cut.  The clover here has done much better since the bees arrived last spring.  The seeds dropped from this cut will add to next year even more, giving these hives a nice boost if the weather allows it.  I also noticed a number of wildflowers taking hold around the edges this year.

The barn hives have found themselves among a sea of flowers.  These hives have been the strongest of the summer so far, with credit to the gracious hosts that have allowed these blooms to survive.   What seems like a few short weeks ago, this appeared to be little more than any other lawn, but given a bit of time to grow look  what hid among the grass!  These are the gems the honey bees live for.

The variety of flowers here has kept something in front of these bees consistently, even during times of dearth at other location.  Each time I’m here I see bees and butterflies filling their bellies, along with the occasional rabbit or deer.  It’s a slice of paradise for them all.  If you look closely at this Ironweed, you’ll see the bee sucking down a bit of nectar, with her wings sticking up in the air.  She was still quite fuzzy with perfect wings, a sign that she’s only just begun her life of gathering.  With the pace ahead and the mountain of work to be done, she’ll make her last flight some time near the end of September.  Her contribution is essential, and will be rewarded by her queen and hive’s survival.

In a few areas we saw better results last year.  This year, the weather is different, certain pastures are more or less grazed, things are just less plentiful for the bees.  After a lot of thought I decided to get a variety of clovers, along with a number of other natives that will bloom throughout the year and provide much needed pollen and nectar to the bees.  I put the seed out after a mow and before a long 3 day rain.  These seeds loved it, and are well on the way to something great for next year.  With luck and good weather these should establish this fall, and kick off next spring at full speed.  I also have some varieties I’ll be putting out over winter for ‘frost seeding’ where the freeze and thaw of spring pulls the seeds into the dirt, soaks them, and kicks off the whole process as the sun returns.  I know I can’t plant enough to feed them all, but just want something out there for the hard times to get them through.  Here’s to next year! 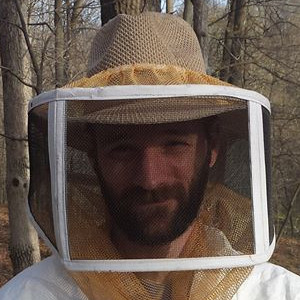 Despite working in IT, I prefer spending my time outdoors.  I enjoy beekeeping, hiking, camping, and about anything else I can do outside.  A Do-It-Yourself’er, I’ve spent much of my life learning new skills like beekeeping, carpentry, mechanics, construction, and more.  This gives a refreshing break from the days of screen time we all endure.